After the series of sick murders I presented in the first part of my Völsunga Saga post, these last few points will seem tame by comparison; but before we get to them, I found I had forgotten one last idiotic “for the fuck of it” murder to include previously, so here it goes:

Gudrun, that lovely mother who fed her own sons to their father for revenge’s sake, is the one character who constantly avoided death, despite her actively seeking it after getting fed up with all the bullshit in her life. (Probably the gods having some fun at her expense). After the offspring cooking episode she tried to commit suicide by throwing herself to the sea, but all she managed was to be washed away on some shore, being found by some other king, get married for the third time, and suffer her daughter Swanhild’s murder by… because… I don’t even remember. Doesn’t matter anyway, we all know everybody dies in this saga. The important thing is that Gudrun had Swanhild’s brothers (man, this woman had so many children as backup, no wonder she didn’t give a fuck if she killed a couple here and there) avenge her, a task that would also mean certain death to them. So, basically, she also had them killed.

Anyway, here’s what the saga has to say about their quest for vengeance:

And now, as they went on their way, they met Erp, their brother, and asked him in what wise he would help them.

He answered, “Even as hand helps hand, or foot helps foot.”

But that they deemed naught at all, and slew him there and there. Then they went their ways, nor was it long or ever Hamdir stumbled, and thrust down his hand to steady himself, and spake therewith-

“Naught but a true thing spake Erp, for now should I have fallen, had not hand been to steady me.”

A little after Sorli stumbled, but turned about on his feet, and so stood, and spake-

“Yea now had I fallen, but that I steadied myself with both feet.”

And they said they had done evilly with Erp their brother.

Seriously, I’m not making this shit up.

This is somewhat connected to the first point about murder being meh, and the weregilds. It’s just funny how everything can be solved with gold. Like this:

So Grimhild comes to hear where Gudrun has take up her abode, and she calls her sons to talk with her, and asks whether they will make atonement to Gudrun for her son and her husband, and said that it was but meet and right to do so.

Then Gunnar spake, and said that he would atone for her sorrows with gold.

Now thought Atli the King that he had gained a mighty victory, and spake to Gudrun even as mocking her greatly, or as making himself great before her. “Gudrun,” saith he, “thus hast thou lost thy brethren, and thy very self hast brought it about.”

She answers, “In good liking livest thou, whereas thou thrustest these slayings before me, but mayhappen thou wilt rue it, when thou hast tried what is to come hereafter; and of all I have, the longest-lived matter shall be the memory of thy cruel heart, nor shall it go well with thee whiles I live.”

He answered and said, “Let there be peace betwixt us; I will atone for thy brethren with gold and dear-bought things, even as thy heart may wish.”

I won’t even bother putting those two examples in context; just bear in mind that while both involve Gudrun, they are different instances of losing family to different kings. All that gold, however, wasn’t enough to salvage her mental stability; I mean, Atli tried, and the thanks he got in return was eating his own sons, and drinking their own blood. The ungrateful bitch! 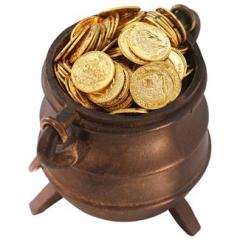 The solution to all problems.

4. Speaking of ungrateful bitches, Brynhild is a BITCH.

The first thing that caught my attention about Brynhild was that she’s the Brunhild of Wagner’s operatic masterpiece The Nibelung Ring, being the title character in The Valkyrie. She is the main inspiration for my own Sigrdrífa – in fact, while there is a valkyrie called Sigrdrífa in Norse Myth, she is sometimes associated with this Brynhild.

The second thing that caught my attention about Brynhild was how much of a fucking bitch she was.

Brynhild was an awesome warrior, and as it usually happens with awesome female warriors, they get to set the rules about who can and cannot marry them. Her father can’t simply marry her off to whomever he pleases; the man who wants her hand must earn it. Sigurd, the greatest of the Volsungs and first husband to Gudrun, meets Brynhild while he was still single and available. He immediately falls for her, but of course Brynhild being a woman (and thus excessively complicated) she says nay to his advances. It’s not that she doesn’t like him back, it’s just that… well, she’s a woman. Things must be complicated. They do pledge love for one another but without the marriage or even the sex to make it worthwhile (yes, Sigurd was badly friendzoned), but eventually he meets Gudrun’s family, and Gudrun’s mother puts some sort of spell in him that makes him forget all about Brynhild and marry her daughter. Eventually Brynhild and her conditions for marriage reach the ears of Gunnar, one of Gudrun’s brothers, and he decides to take her; but unable to pass the test they put a spell on Sigurd that disguised him as Gunnar, and Sigurd beats Brynhild’s test, winning her for Gunnar.

To make a long story short, Brynhild eventually realizes the deception, and gets very angry at both Gudrun and Sigurd. Here’s what Brynhild says to Gudrun when she was about to tell her the truth of what had happened: “Ask such things only as are good for thee to know – matters meet for mighty dames. Good to love good things when all goes according to thy heart’s desire!”

Well, Brynhild, if you had followed thy own heart’s desires when you had the chance, you wouldn’t be in this pickle now, would you?

That’s not the bad part, though. It’s perfectly understandable that she would be pissed at realizing just how stupid she was for rejecting Sigurd, it happens to all of us at some point in our romantic endeavors. What doesn’t happen to most of us is how she went batshit crazy and eventually caused the deaths of Sigurd, Guttorm (one of Gudrun’s brothers), and started the chain reaction that would end with the destruction of all of Gudrun’s kin, the end of the Volsungs, and Gudrun’s own batshit craziness.

All of this because she played hard to get.

And there you have it, the things that I learned from reading the Völsunga saga, which was – basically – that Norsemen, despite their apparent overall craziness, are not really that different from us. They just took it to the extreme. Will I take it to the extreme with Sigrdrífa?

NEXT TIME: A look into the character of Sigrdrífa